The Fight for the Baltic Harbor Porpoises Continues

The Baltic Sea Campaign's mission is to defend the harbor porpoises and other threatened marine wildlife in the Baltic Sea. With only 500 individuals left, the Baltic harbor porpoise is critically endangered. Although the European Commission created a network for conserving these animals in 1992, the protected areas only exist on paper. Bycatch in fisheries, especially when using gillnets, is widely acknowledged as the major threat. Despite this fact no effective measurements have been taken to ban gillnets. Even in Marine Protected Areas (MPA) and Special Areas of Conservation (SAC) it is legal to fish with that gear. Sea Shepherd demands a ban of gillnets and semi-driftnets from these areas. Every harbor porpoise killed in those death traps is a step closer to their extinction. 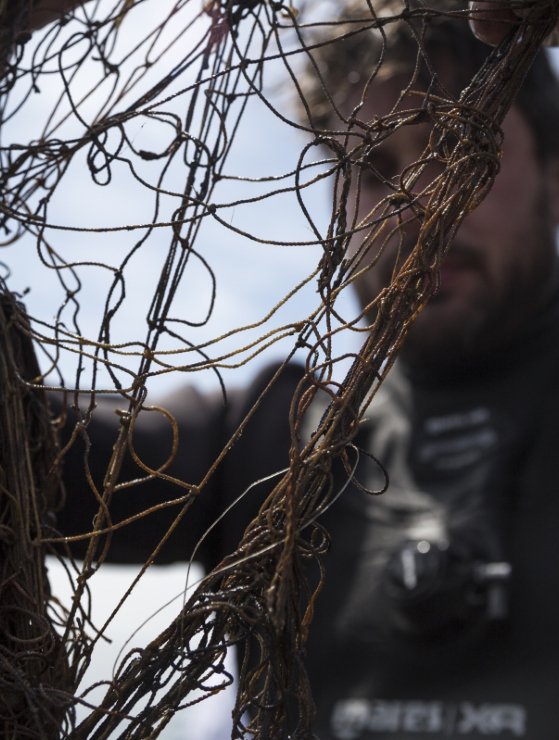 A major goal of the Baltic Sea Campaign is the recovery of ghost nets. Thanks to an underwater robot (ROV) and specially trained divers, we will first locate the nets and prepare them for retrieval. The recovered nets will then be properly disposed of or, if possible, cleaned and recycled in an environmentally friendly manner. In addition to the areas of operation along the Baltic Sea coast, our onshore teams will carry out beach cleanups throughout Germany cleaning up waterside areas. 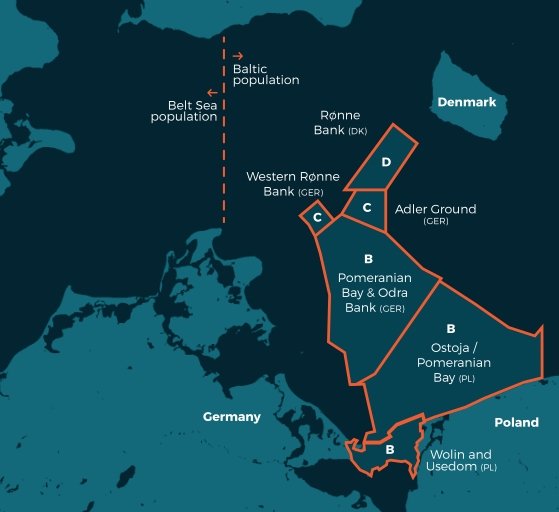 Near Rügen the two populations of harbor porpoise meet: the Belt Sea population and the Baltic population. Both are in serious decline over the last decades. Population hotspot have been declared protected areas, however they do lack actual managment plans.

Population status in relation to population within the national territory:
A high
B medium
C low
D not significant

Protection status:
Western Rønne Bank, Adler Ground and the Pomeranian Bay with the Odra Bank form a MPA under German law. Recreational fishing is prohibited in two thirds of the MPA. All fishing activities are prohibited in a zone established around Odra Bank. The Danish and Polish areas have no protection and managment plans implemented. 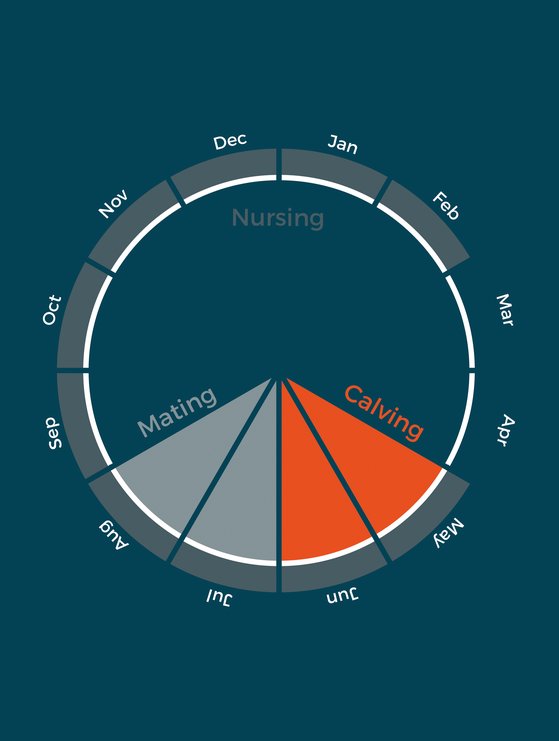 Protecting the Offspring
Calving and Nursing

The Odra Bank is known as an important calving ground for the Baltic porpoise population. In the first weeks after birth, juveniles are the most susceptible, which explains the increased number of dead calves found in the months of July through September. The shallow waters of 6-20 m depth around the Pomeranian Bay are a perfect hunting ground to feed their offspring. Special protection of these areas must be guaranteed in order to allow the recovery of the population. 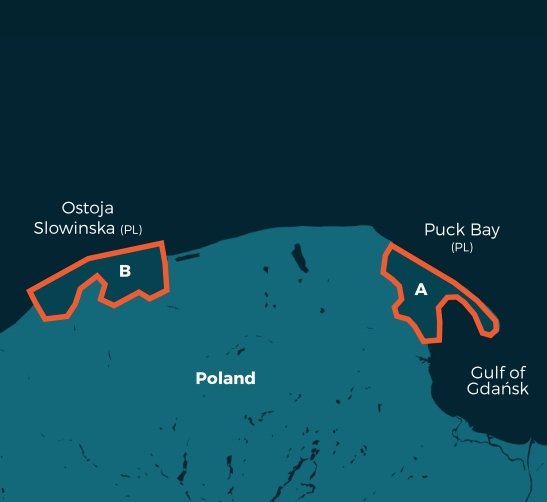 An average of 5 porpoises per year were bycaught in Polish waters between 1986 and 2006. The hotspot areas for incidental catches of cetaceans are the Puck Bay and the Gulf of Gdańsk, mainly in bottom-set gillnets and so-called semi-driftnets. The Polish coast is an important wintering area for the porpoise.

Protection status:
Both, Ostoja Slowinska and the Puck Bay, are declared as “Site of Community Importance” under the EU Habitat Directive, which makes them a potential area to protect. But in fact there are no managment plans or protection laws.